WHI – Akira The Don Has Issues! 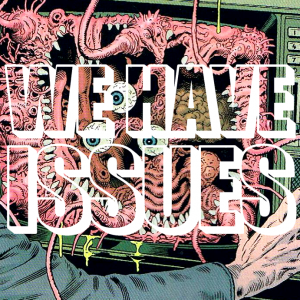 The Filth art by Chris Weston

To celebrate (and promote!) the launch of We Have Issues, Nick asked rap superstar and comic-maker in his own right Akira The Don to talk about comics that have made an impression on him.

Explicit language throughout, and when Akira shouts “SPOILER”, you should skip forward about a minute or two if you haven’t read up to #100 of “The Walking Dead” – or any of Peter Bagge’s “Hate” – and plan to.

Akira talks about rebellion, staying angry, having his identity stolen, and the following books:

(Full Disclosure: Those links all go to Amazon, and if you spend any money there after following them, we get a little tiny teeny bit of money. Tuppence ha’penny to a tenner.)

Again, it’s worth mentioning that Nick only intended these to be mini-episodes featuring people he thinks are great, that might draw people to the podcast who wouldn’t normally take a look. But everybody involved has been incredibly generous and really offered interesting perspectives. Akira nails some things about Asterix that Nick hadn’t considered before, and is really sharp on what makes the comic medium so different and important.

Gratitude, Akira. May the gods of the arena bless all your battles!