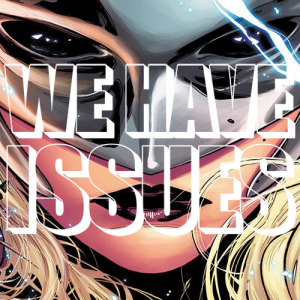 This is the second episode of We Have Issues – positive about comics, neurotic about everything else.

NOT QUITE A SPOILER WARNING: toward the end of our review of Thor #1, there is some wild speculation that you might not want to hear til you read the comic.

Listen on iTunes.
Listen on Stitcher.

Please consider rating and reviewing us over at iTunes – even if you don’t listen to the show on there! – because it’s pretty great for a podcast to get ratings and reviews on iTunes.