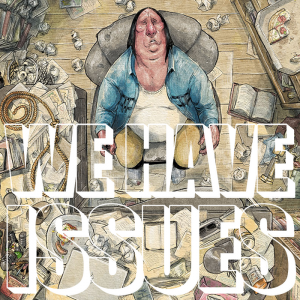 Nick struggles through a late night recording and an interesting bunch of comics. Nick is writing this, by the way!

The article about Strange Fruit #1 that I asked you to read, and pay more attention to, than my review, is here: “The White Privilege, White Audacity, and White Priorities of STRANGE FRUIT #1” by JA Micheline – link

(There’s a lot to digest in there, especially for the guy who let the comic off the hook a lot in this episode, but the real turning point for me was learning the origin of the comic name. Not classy.)

I’ve left my review intact in the episode, and stand behind most of it – except to say that I don’t recommend it on the basis that there’s some bone-headed thinking behind it, and the story isn’t well executed enough to balance that out – but it’d take a while to unpack what exactly I meant by “important” in it, and how I feel about that now, so we can ignore it or talk about it like grown ups in the comments or elsewhere on the internet.